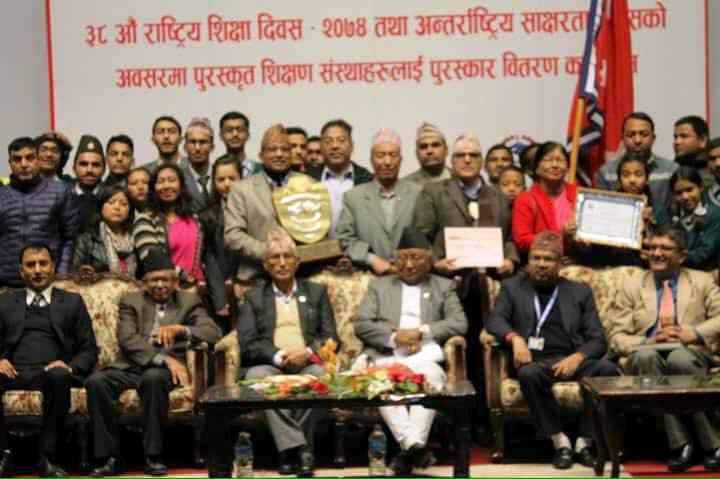 Kathmandu:The Vishwo Niketan School of Kathmandu has been announced country’s first grade school among the community schools. It was the first grade in the category of 12 class result.

It was shared during a programme organized here on the occasion of the 38th National Education Day and the International Literacy Day Sunday.

The ace school got the national shield, national flag, and cash prize of Rs 200,00o along with a certificate letter.

Similarly, under the category of grade 10 results, Kalika Secondary School, Butwal, emerged the first out of the community schools, getting the cash prize of Rs 200,000, a letter of certificate and national shield and flag.

Similarly, Mahabuddha Secondary School Yalabang of Humla was declared first grade school from among those in remote areas. Deputy Prime Minister and Minister for Education, Gopal Man Shrestha, conferred the awards at the programme.