Gurkha Warriors brings you the most awaited Nepali movie sequel  all over the UK from 25th February 2017.  LOOT 2 is going to have multiple red carpet premieres alongside with famous nepali stars Saugat Malla and Dayahang Rai.

The promotions for the movie have already kick  started on the various social medias and poster that have been  just released  with the dates and venues. People are already raving about the shows especially when they can meet two popular actors in nepali movie fraternity of this generation.

I feel that this is going to be the one of the years mega event.

All the info to the event can be seen in the poster. 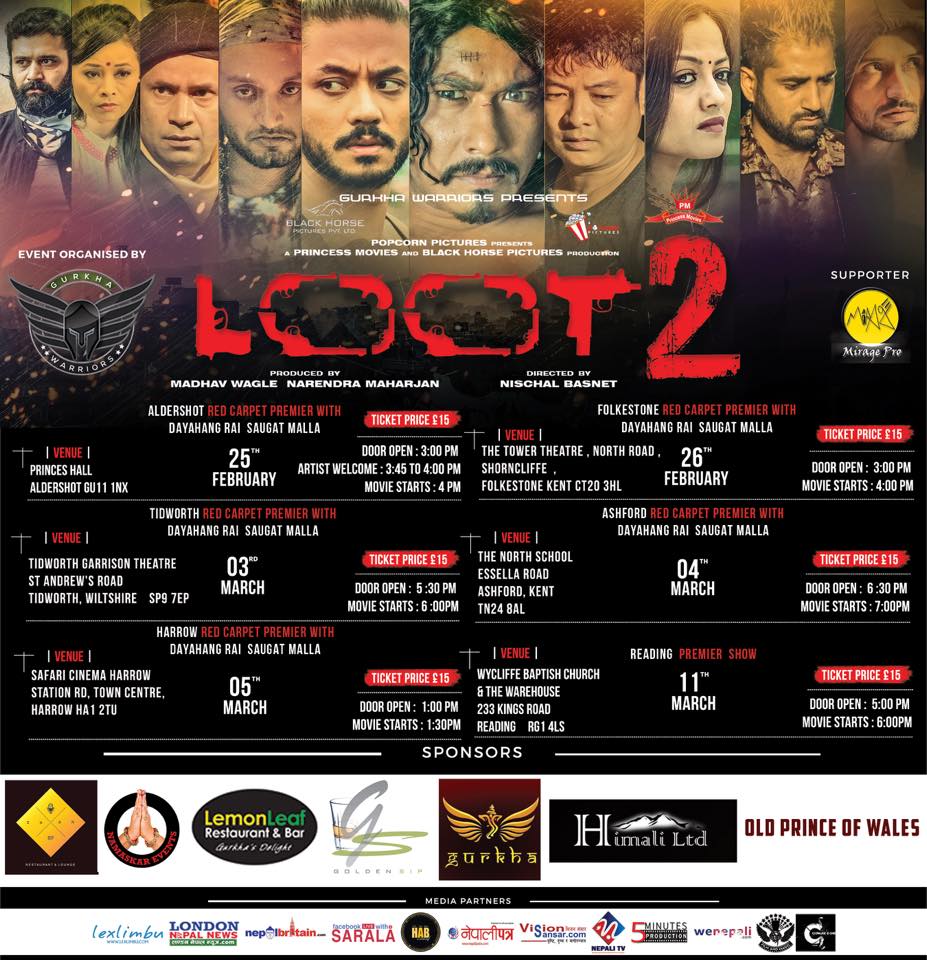 Loot which released on 13 January 2012 was the bank heist movie and became the huge hit of the year. “Dimaag Laga Paasa …. ” the  line  spoken by Saugat’s character became meme over the facebook and other social media.

Similarly Loot 2 looks like both heist and the revenge story.
Official Trailer